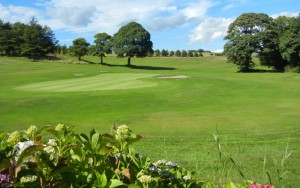 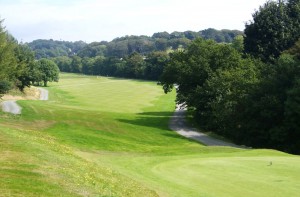 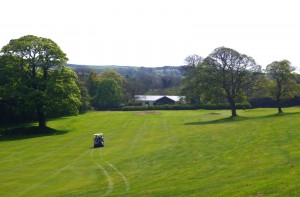 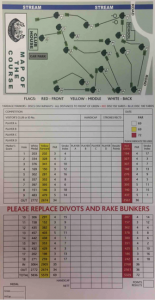 It’s not always been at Douglas for Douglas Golf Club.

Whilst well established now as Douglas Golf Club playing over Douglas Golf Course it has not always been the case. Not quite the oldest Golf Club on the Island, Ramsey Golf Club in the North of the Island were only a couple of months before us, the venue of Port-e-chee meadow, just past Quarterbridge on the World famous TT course, saw Douglas Golf Club formed and officially recorded playing over the 9 hole venue which was part of the Kirby Estate. No surprise then to see George Drinkwater as the Club’s first President, as he was the owner of the venue and a very enthusiastic golfer. It was to become a very significant date that the Course was Officially opened being 11 /11/ 1891, as we all know now is Remembrance Day of the Two World Wars, the brother of Harry Vardon, a well known name in Golfing circles, was the Professional , and the course was used by Douglas Golf Club until 1911, when after a bit of a dispute with George Drinkwater they moved to Douglas Head and The Fort Anne Links.

As the name suggests the Links was connected with The Fort Anne Hotel overlooking Douglas Bay,and a very popular Hotel as well More History for the Douglas Golf Club as the founder of the Lifeboat organization Sir William Hilary resided at Fort Anne and whilst looking at boats floundering on Conister Rock , had the inspiration to create this very worthwhile service. No surprise to see then The Tower of Refuge implemented into Douglas Golf Club’s Crest. The Fort Anne venue served Douglas Golf Club through two World Wars, and was used as a practice target area, hence the still visible from Marine Drive, large walls. A new course had been created at Pulrose Meadows and opened in 1927. The designer was Dr Alistair Mackenzie and amongst others he had been responsible for Royal Melbourne and Augusta , venue of the Masters. A new Club had been formed called Pulrose Golf Club and they enjoyed better facilities than Members at Fort Anne the course never recovering from the War input. In 1946 Douglas Golf Club and Pulrose Golf Club merged and were to be known as Douglas Golf Club playing over Pulrose Golf Course. This has now been changed to Douglas Golf Course.

The course has been Municipal throughout and despite many major schemes and disruption at times, has now settled into a very popular venue. Some of the Mackenzie style greens have survived , mainly the second and fifth, but others have been lost like many other venues due to modern machinery. Always challenging to play you will not be disappointed with a round at Douglas which offers very realistic rates for all category of golfer. A challenging first three holes , pars always a bonus . Admire the views on the holes 6,7,8 and 9 before heading down to Spring Valley and then back. to a tough finish. The 17th is a rewarding hole as you cover 200yds downhill. The 18th finishes in front of the new Clubhouse, and a comprehensive menu will see see you complete your visit to Douglas and leave you with happy memories